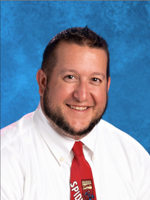 A graduate of Clear Creek High School in League City, Texas, and Texas A&M University, Head Coach Jordon Beck will be entering his 16th Season as Spartan Swimming Program's Head Swimming Coach in 2021-2022. After taking over the program in the fall of 2006 Coach Beck has grown the program from its earliest stages to the State recognized program it is today. Throughout his tenure, the Spartans have repeatedly placed at the UIL State Swimming and Diving Championships at all levels of their competition from its inception at the 4A level, to currently at the 6A level, with a State Runner-Up Girls Team finish at the 2008 State Championships and a 4th Place 6A Boys Team finish in 2019 and 6 other State Top 10 Finishes. The Spartan Teams have also been multiple District and Regional Team Champions during his tenure, SLHS has had 42 athletes sign to move onto Swimming at the Collegiate level, 15 Spartans have Medaled at the UIL State Meet including 4 as State Champions, has had 42 NISCA All-American result achieved, have had 199 TISCA All-State Placements, and have had multiple Teams be awarded NISCA Scholar Team Awards and Athletes named to All-American and All-State Academic Team Accolades.